“There’s something big building just across the channel”
Shall I call out the crews?
“No, not yet. Let’s see if we can guess what they’re going for. Where we should deploy to best effect.” The Wing Commander strains to understand what she is seeing on the screens.
“What do you think? Power stations? Railway network? Water?” The young Flight Lieutenant’s voice quavers in anticipation.
“Oh my God.” The Wing Commander’s fingers tighten on the console edge.
“What? “
“This is big. Could be the whole damn lot. Yes. Scramble all units. Get them all on line now.”
The Flight Lieutenant picks up the phone. “All units. All units scramble.”
One by one screens flicker and faces appear.
“Another one? Already” “ I’d barely dropped off” “How long can they keep this up?” Theweariness in the girls’ voices comes across the speakers.
“This looks big. Better get on station.” The Wing Commander’s voice is firm. Reassuring.
The girls are shrugging off dressing gowns, yawning. Rubbing sleep from their eyes. But already they’re running their fingers across their fighting screens. Calling up defences, setting target sights. Settling down for the long haul 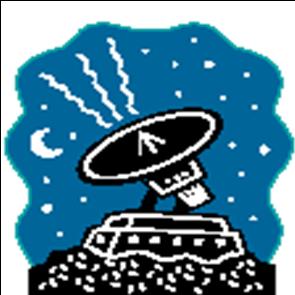 “Here it comes. First wave. Stand by”
Now the girls are working their screens. In their individual command stations situated in bunkers deep underground in strategic points across the country. Fingers crawling here, now there. Stabbing and flicking. Hands brushing off the invaders like flies. Shooing away the danger.
“Look out Monica. Coming at you”
“Behind you, Sandra.”
“Theresa. Snap to it or you’ll be out of it in two minutes.”
Lips are bitten. Cheeks chewed.
Digital tracer streams off into the ether. The staccato burts of code chatter with increasing intensity. And the voices of the girls die away as deep concentration takes over.
The hands on the screens work more urgently. This attack is not going away.
“Another wave coming in, Girls” mutters the Wing Commander under her breath. There’s no time or need for instructions or warnings from her. This is where training and experience count. And not a little luck.
“This is worse than anything we’ve seen so far” whispers the Flight Lieutenant. “How many have we got in reserve?”
“None. They’re all on line. All engaging with the enemy.”
“I’m having trouble here” says Monica in an undertone.
Their voices are all subdued. Barely rising above whispers but there is real tension and sweat begins to form on upper lips.
It is Monica’s voice that rises above the rest.
“I can’t....”
“Sorry Monica, I’m shutting you down. You’re hit.”
“I’m baling out.”
“Too late. You’ve left it too late. It’s a complete shut down.”
Monica’s eyes register a brief moment of horror before her screen goes dead.
The Wing Commander’s fingers rest unsteadily on the button
The Flight Lieutenant turns: “Did you have to,,,?”
For a second, the Flight Lieutenant gazes into the deep well of loneliness that surrounds the business of being an officer in wartime and turns smartly back to her job.
“OK crews. It’s clearing now. You’ve seen them off. You may shut down.”
One by one the girls rise from their screens, wrap their dressing gowns round them and click terminals to standby.
The Flight Lieutenant turns back. “Pilot Officer Monica.... what will happen to her?”
“You’re green, aren’t you?”
“I know I’m Straight out of training college but did you have to...”.
“Of course i did and I’ll do it to anyone else too, And so must you too if you’re in my position.”
The Flight Lieutenant gulps.
“And the training manual will have told you. Complete isolation in her bunker. “
“I know what the book says but what does it actually mean? Complete electromagnetic shielding?”
“It means that there must be absolutely no chance of the worm getting out by inadvertant radio or other transmission. The bunker is sealed. Complete lock down. Absolutely no human contact for the same reason. Continual sweeping for a fortnight. Of course, the best remedy is time. Leave it long anough and any worm will cease to have impact. It should be six months....”
“Six months... in solitary confinement?”
“In effect, yes. But this is war. We are under continual daily attack so we can’t allow anything like that length of time. Weeks perhaps but not months.”
“Even so.... She could go mad. Isolated for that length of time. And won’t she starve?”
We ask them to do a hell of a job. To take big risks and, for some, they have to pay a big price. But the crews are all selected because they’re resourceful and quick thinking. That’s why we only use women on the front line. She should have made sure she stocked up with food and drink. It’s the aircrews own responsibility. And If she hasn’t, if she forgot, it’s too late now.”
There is a long silence in the ops room.
“But If we do our job properly. All of us. Nonone will know what we have done and probably not care either. If we can get through this without the national grid going off line, without all the machinery in the national health service going off line. If we can keep water and sewerage pumping and food arriving at the supermarkets, then that will be a reward in itself. And the odd casualty will go unnoticed.”
Posted by Peter John Cooper at 9:27 pm No comments:

What will you do in a Driverless Car?

The question is fascinating even if the answer might be a bit dull. Perhaps some more creative thought should be applied. Cookery, Perhaps? prepare your own dinner as you speed homewards. Apple crumble and custard done to a turn as you step from your vehicle. Your wife opens the door and you say "Dinner is ready" as you carry the steaming dishes in. Of course, there would be no problems with drinking and driving if you were not actually controlling the vehicle so you could already have partaken of an aperitif and have the bottle of chablis nicely chilled and open.
Posted by Peter John Cooper at 9:04 pm No comments: