Dialogue - The Heart of Playwriting

NOBODY SHOULD EMBARK ON THE DANGEROUS PATH OF PLAYWRITING UNTIL THEY HAVE SPENT AT LEAST SIX MONTHS DRINKING COFFEE IN A BUSY CAFE.  PREFERABLY ONE YOU HAVE TO CATCH A BUS TO GET TO. 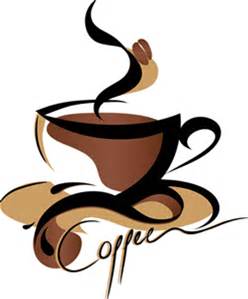 
I’m not being entirely whimsical.  The idea is that as a play wright, as any sort of writer, you should listen to people talking. As much and as often as possible.  You need to listen closely and at some length as you sip your americano.  You also need to blow the dust off your notebook and write down what they say and, most important, the way they say it.  Until you have spent hours and hours doing this and have acquired some understanding of the way people speak to each other; the speech patterns and rhythms, then you cannot begin to write plays.  Because the stuff of plays is made up of the interactions and interplays of characters.   If you can’t get that, then you can’t write a play.  Anybody can write a play that depends on situation or plot but to write a play that depends on character requires an understanding of how to build a character and how that character develops within and around a plot.  Indeed, how the character and the plot are inextricably linked.  What happens in a play can only happen because of that character and that character drives what happens.  And we reveal that character by the way they speak.


There are no rules about getting a character to speak.  Indeed, you will find out very quickly as you listen, that there are absolutely no rules to conversation at all.  Trying to record and reproduce is virtually impossible.  Conversational speech is broken, halting, discursive, unsettled.  Entirely without grammar or syntax as described in the conventional manuals.  Sentences have no verbs.  They do not link one to another.  They are made up partly of words, partly of sounds and partly of gestures.


What’s more, dialogues have very little logic.  It is quite possible for one person to espouse several quite contradictory ideas at one time.  Sometimes our interlocuters speak in other voices (the actual meaning of “irony” by the way).  Most of the time conversation does not follow the neat ordered pattern of question and response we would expect as writers.  Most of the time people will only talk about themselves.  Each question or statement being answered or interrupted by their own experience. As a student of conversation, I sometimes feel that the whole purpose of 90% of conversations is entirely existential.  That is, we are reaching out into the void merely to say “I am here”.


Yet, somehow in this mish mash of half formed sentences and ill formed ideas some sort of exchange does take place.  It may be indirect and convoluted but eventually some idea may be conveyed to the other party.


So what do we playwrights learn from this?  Firstly, that our characters need to be freed from the conventions of written speech.  This gives us the opportunities to learn about the reality of our characters.  Our character can grow with our discovery of their little tics and irregularities.  And I don’t mean that that gives us licence to write in some sort of ridiculous Dick Van Dyke cockney voice.  I mean that we can discover the outward signs of the inward workings of a character though their speech.  And as we write it we need to speak it out loud. We are trying to record a spoken interchange so it only exists in some bare notation as words on a page.  In writing dialogue it is, perhaps, useful to think of the words on the page as a sort of code that reveals your intentions for the characters.


Secondly, we need to remember that most conversations are about anything but the subject in hand. This is especially true about complex and deep subjects. Previously I mentioned our inbuilt willingness to suspend our disbelief.  If you ally that with our need to co-operate and collaborate in social situations you can begin to see how inevitable it is that we will say things in a conversation that we may not believe in an attempt to maintain the interaction.  As playwrights we need to understand and to embrace these apparent lies.


It takes quite a bit of beating about the bush before the real feelings of our character are flushed out.  This is what makes the process of play watching so enjoyable.  The audience are voyeurs trying to understand something from the snippets of half formed conversation they are allowed to overhear.  As in real life in any coffee bar, we try to work out from these snippets, what is going on in their lives.  What sort of people they are. And, of course, our characters are often unreliable witnesses.  They lie, they prevaricate, they say the very opposite of what they really think and feel.  But as the watchers begin to know and understand they begin to get more and more drawn in and engaged.


Thirdly, we need to avoid the need for stage directions.  If you’ve got the voice right then there is no need to interject (humorously) or (bitterly) it must be there in the speech itself.  If you find you have to resort to stage directions than you need to recast the speech. I would never present a play for performance as written above.  It’s for the actor to discover the little gestures and informal sounds that carry the character through that interchange. Similarly, as a director, I get annoyed by writers who write detailed character descriptions in the stage directions but do not carry them through into their actual speech and actions.  It is not good enough to describe a character as “Young dynamic and ambitious” You need to show those attributes.  You need to demonstrate how that ambition is manifested or hidden through what they say and the choices they make in conversation.


Fourthly, plot needs to correlate with the characters you are drawing.  If you are beating your characters into a particular plot twist or situation then you have either got the plot wrong or the character or, most likely, both.  The actions that a character takes are the ones that define that character and are defined by that character.  If there is a surprising plot or character twist you need to ask yourself whether you have buried that possibility deep within the psyche of the character you are working with. You need to ask yourself “does it contradict anything that has already been laid down?”

In an article from New Scientist Of September 2011, Mark Buchanan tries to relate the mathematics of the quantum world to human interaction.  An explanation, in effect, of our fuzzy way of going about things.  It casts an interesting light on the puzzle I have as a playwright - the sheer impossibility of capturing or reproducing human speech in all its wide, broken rambling, halting form but while still managing to convey some sort of meaning.  I have never managed to find a way of notating speech in anything resembling a realistic, believable way.  Pinter arguably came the closest to making this work but he still had to resort to a rather mannered "pinteresque" approach.  Of course, a playwright does not necessarily want to reproduce everyday speech exactly.  It would be massively tedious to the audience, and probably totally incomprehensible but there is an inbuilt urge towards getting closer than we have managed up to now.  The reason being that we may wish to describe in our plays a more realistic way of describing the trains of thought of our characters.  And those are inexorably linked to the way they speak.  I need to read the article several more times to get some deeper insight but I like its drift.
Posted by Peter John Cooper at 5:34 am No comments: