Some liars are so expert they deceive themselves.   -Austin O’Malley


People tell lies.  That might come as a bit of a shock to you having lived your life in your sheltered, honest-to-goodness tell-it-like-it-is neighbourhood.  But let me assure you that some people are capable of ejecting absolute eye-popping, heart-stopping, teacup-dropping humdingers of lies.  In fact, some people are so given to telling whoppers that they can’t tell where truth ends and lies begin.  And, sadly for us, neither can we.  Sometimes we find we have lived right next door to someone who has been living their whole life as a lie.  And when the police call to ask us if we suspected anything of our serial killer neighbour we say with hand on heart “We didn’t have the slightest clue, officer.  Not a whisper.  The chap was the quietest, kindest, nicest church-goer you could ever have the pleasure of sharing your gardening implements with.  Mind you, there was the time the shears came back with suspicious stains all over the blades and he said he had pricked his thumb on a rose thorn.”  And so on and so forth.  And we wonder about the clean living vegan on the other side who borrowed the electric drill once... 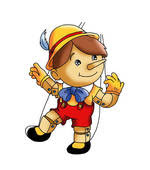 What I mean to say is that we all have an inner life very little of which we share with other people.  And sometimes we find out about it and sometimes even the owner of the inner life is not aware of it.  But for an actor studying a character they are to play, it is the inner, secret life that is not written in the dialogue that they will sniff out like a truffle hound.  In the gaps that your dialogue allows, the actor will try to find the actual words that remain unspoken but which motivate and drive the character forward.  In most cases it is the secret inward dialogue that the character has with him or her self that is more important than your actual words on the page.  This is a secret world that the actor inhabits from curtain up to the final climax.  It is the place where all the debate and decision takes place.  What happens in the pauses in a play by Pinter?  The dramas, the actual material drama happens in the pauses.


The great neurologist and theatre director Jonathan Miller says   We must allow for the way in which the unconscious works and guides our speech quite unwittingly.  This doesn’t just mean the Freudian slip but the way in which our unconscious brains are working on problems that we may have quite forgotten about.  How often do we retreat into that secret world until our partner says: “You’re quiet.  What are you thinking about?”  To which our answer is usually “Nothing”.


Now here is an interesting conundrum for the playwright: how do you write something invisible and unstated? Something that the character herself has no awareness of?  The inexperienced playwright may include stage–directions.  “He crosses to the table, furrowing his brow and looking anguished.”  Well, forget that sort of thing.  The actor finds that demeaning.  It is the actor’s job in association with the director to worm out the inner dialogue.  Even less do you want to write the inner dialogue into the text.  “You look worried Harry.”  “Yes I am suffering fearful flashbacks about that car-accident in which that young girl was killed by my stupidity last year.”  “Oh dear, I hope you’re not going to brood about that over dinner.” “I probably will, although I shall attempt to put a cheery face on it.” What you must do as a writer is to make sure that you have the inner dialogue with the character yourself.  You must examine thoroughly the psyche of the character and make sure that they behave entirely truly to both their inward and outward dialogues.  There will be tiny nuances .  He or she might alter their speech by just one word to give a little hint to the outside world of the inner world.  What was it we used to say in church?  “The outer visible sign of an inward invisible force.”  Because it is surely the inner force that drives the character through the play. Think about a play like “Cat on Hot Tin Roof” where the whole structure of the play is driven by the lies that the protagonists hold close to them. This drives the characters towards the inevitable climax. This is fine detail work and requires close inspection of every single word you have written in the later drafts.


The unseen and unspoken topics that are never uttered are usually to do with shame, guilt embarrassment. They touch on status and emotional engagement.  Intentions in these areas must never be referred to directly. What’s more characters must be careful to engage in such a way to indicate whether they want to discuss these ideas or not.   The idea of opening or closing is well known to actors and improvisors.  An open question leads to a thoughtful and, possibly, lengthy reply.  “What did you think of the pas de deux in Act 2?”  Leads to a fuller discussion than the closed question: “Did you like it?” The closed question encourages a “yes” or “no” answer while an open question leads on to greater things.


I read an interesting piece in which some teacher suggested that playwrights should never employ questions as part of dialogue writing.  I think I see what she is driving at but you still have to deploy an interrogation at some point.  Obviously the clever playwright will imply the questions but we still want our interlocutor to ask “Well, did you murder Celia?” in some way or other.


Some thoughts about Status


For most people the huge self examination that goes on throughout all interactions is that of status. As soon as we walk into a room of strangers we are weighing up the appearance, speech and manners of everyone else in order to establish our place in the pecking order.  Status is vital to our understanding of the world but it is not as straightforward as whether one speaks with a cultivated accent or has polished shoes, though these outward signs do play an important part.  And status is itself can be fluid and mutable.  I walk into the room and at once I am on my guard, ready for an opportunity to exhibit my knowledge or wealth. I must preserve my status at all times and, where and when possible, increase it.  This is more than just getting one over on your adversary.  One can increase one’s status whilst appearing to lose it.  Thus you can make what appears to be a gross error in manners in the eyes of one person but it may result in admiration from others.


Consider opening and closing questions in the following dialogue.  And how are Andrew and Barry asserting status through their use. Thus:


And so on.
Andrew asks “Would you like a cup of tea?” in as off hand way as possible. Barry must never reply “Yes” or “No”. These are forceful, closing words which represent a status assertion and, as such, serve to reduce one’s own status.  (The answer “yes” Implying something like: “You are too stupid to recognise that is why I am here” and “No” implying “I wouldn’t drink that gnat’s piss you served up last time.”) Thus Barry must reply with a status neutral question: “Are you making one for yourself?” and so throwing the status problem back to Andrew who must reply with a further question: “Do you prefer Earl Grey or Typhoo?” Barry’s answer: “Can you still get Typhoo?” is nearly a status assertion in itself.  “I may have some in the back of the cupboard.” Is a winning stroke. Yet notice how long Barry can hold out without every giving a direct answer to the original question.


I’m not certain how this operates in other parts of the world but in the UK this is typical of a complex status interaction in which both speakers are fencing to an unwritten but well understood set of rules.  There are similar rules to follow in interactions concerning the weather which are really coded for one’s emotional engagement with the world and must be kept carefully guarded at all times.


It used to be axiomatic that in polite society one avoided conversing about religion, sex and politics.  In our dialogue here, of course, these are the only safe topics of conversation.


And whether this particular case is especially British or not, I’m willing to bet there will be similar sets of unwritten rules throughout the world.


Some thoughts on Irony


We all know about Dramatic Irony.  It’s a stock in trade for most playwrights wherein we let the audience in on a secret that the protagonist in the play is unaware of.  It’s where the audience nudges each other and says “he’s riding for a fall.”  Greek Drama is chock full of ironic situations because the audience should be well acquainted with the story in advance.  The best place to see it in action is in pantomime with a thousand kids screaming “It’s behind you.”  As the Dame is cheerfully unaware of the ghost creeping up behind her.


Irony is our way of distancing ourselves from problems or problematic people.  It gives us an outside view. It prevents us getting angry.  In order to be ironic about something we need to be detached or held apart from the source of our irritation.  And irony is also a signal to others who may be our allies.  Sending out an ironic smoke signal allows those who agree with our point of view to sidle up closer to us with a knowing wink without always raising the suspicions of those who are the target for the irony in the first place.  Irony sets us apart but also joins us together.  The knowing versus the ignorant.  The Insiders against the outsiders.  And here we’re stepping on dangerous territory.  As soon as we have defined an otherness then we are as guilty of shredding the network we are so wanting to build.


So we need to be careful with an ironical inner dialogue that it’s not the playwright speaking directly to the audience over the heads of the characters in the play.


And here is another fascinating aspect.  You the playwright are in conversation with the actor and director about the inner dialogue through the words you have written, but how much do you want to reveal to the audience and at what point?  Do you want to let them into the secret at the beginning so they can watch the two levels of the play at once, or leave it to the end as a grand deus ex machine reveal?  More likely you will want to leave a little trail of clues throughout the piece that, if you are clever, they arrive at the truth at the moment the other characters discover it. It’s clever if you can pull it off.  I always find it annoying when as an audient you have realised the truth of a character in act 1 while the characters on stage don’t see it until two acts later.  You’re almost climbing out of your seat to shout “Can’t you see?  He did it?”


You, the playwright need to understand what your characters are not saying.  What topic is known by one or all of them and is being ignored?  What is, as they say, the elephant in the room?  And what sort of code are your protagonists using to avoid mentioning it?