Bear Grylls, I Smile at Your Puny Attempts at Survivalism

How many of you darn your own socks?  You see, I was brought up to believe that a man should be able to darn his own socks and to provide for himself totally in terms of food and shelterand so on.  I spent my teenage years reading books on self sufficiency in the Canadian wilderness and I felt myself equipped (theoretically) build a birch bark canoe and trap a beaver. In the latter case: Use stripped poplar branches as a bait and the Tomahawk Bailey Live trap for least distress to the animal. 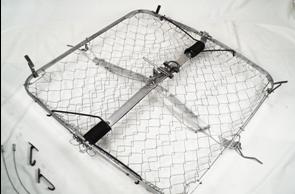 I used to fantasise about sitting by the light of an oil lamp in my trappers cabin constructed by my own hands from logs felled from the virgin forest, the cracks and crevices stuffed with moss from the nearby beaver pool keeping at bay the shrieking gale and with the deep snows piling up against the door as if in a W.C. Fields comedy.  There I would sit, darning my socks by the lamplight and with a pan of bear stew bubbling on the stove.
And I’ve clung to that image of myself through my adult life but, annoyingly,  the social fabric of the world has been ripped apart in the twenty-first century so much so that darning one’s socks is no longer regarded as being an essential part of survival.  Indeed, it is no longer actually possible to darn these gaily coloured pieces of Simpsons merchandising and they have to be discarded after a year or two’s hard use.  So I’ll stick to cooking as my outward expression of an inward self-sufficiency.  And also handy if you’re planning to impress your girlfriend. Here’s my recipe for rice: 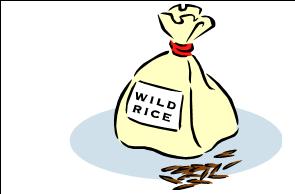 Why rice?  Well, there is something quintessentially British and manly about rice as a staple.  Our trapper in the Canadian high arctic would have taken a bag of flour to make dampers (if you haven’t made dampers refer to ‘Scouting For Boys’ about page 53) and a bag of rice to see him through the long dark winter.  You see, rice became the staple of the British Empire in the18th Century when our first attempts at partnerships with the Moghul emperors on the Indian Subcontinent supplied the homeland and its explorers with Kashmir shawls and spices. 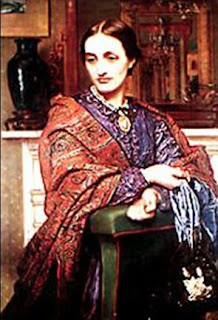 The word “shawl” came from the Persian word “Shal” meaning a piece of woven cloth. The Kashmir shawls and their distinctive teardrop designs representing the flowers of the date palm were copied by weavers in Norwich and Paisley in Scotland.  Paisley shawls, obviously, did a marvellous amount to promote that Scottish town but will play no further part in our story here.  At the same time curry, kedgeree and chutney became so ingrained in the British cuisine that even Mrs. Beeton regards them as normal parts of the British diet.


And in return, we sent them steam trains the first of which ran between Bombay (Now Mumbai) and Thane on 16th Apr 1853 at 3.30 PM with 400 distinguished guests, packed into 14 railway carriages hauled by three locomotives namely Sultan, Sindh and Sahib. These three locomotives belonged to the batch of eight ordered from the Vulcan Foundry of Newton-le willows county Durham.  You are probably aware that The Vulcan Foundry is also famous for its patent duplex pneumatic riveter which put it years ahead of its rivals. Incidentally, Indian Railway is now the world’s largest employer with 1,646,704 staff.

So begin with a cup of rice.  What size cup, you might ask. 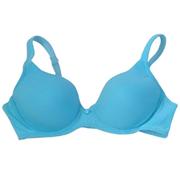 Well actually, it doesn’t matter.  The crucial thing is that you use the same cup all through.  This gives you exactly the right ratios of rice to the other ingredients.Which, in this case, is water.   Put the rice in a sieve (that’s the mesh thing with a handle that looks like an upside down carburettor inlet filter from a nineteen sixties Jim Clark driven Formula One Cooper Climax) and swish it about under the tap to get rid of surface starch and put it in a large plastic pot.  Now take your cup and put in two lots of water. (see, by keeping the same cup you now know you have exactly twice as much water as rice precisely the amount needed for the rice to absorb and to achieve that correct Taj Mahal consistency; not brittle like airgun pellets nor yet a solid gluey mass like wallpaper paste.Clever, eh?)  Put in a bit of salt.  This is partly for taste but also to make the cooking process that much more efficient. Obviously, we are not using pure sodium chloride but low sodium salt for we know that while NaCl is necessary in small quantities for the body’s chemistry we also know that there is far too much in modern food resulting in raised blood pressure, strokes,  and so on.  Interestingly, because athletes are urged to take on water when exercising, marathon runners have been known to take on too much, which results in overhydration, a dilution of salt in the bloodstream and subsequent death.  You see the self-sufficient man has to be good at balancing things properly and thinking about the rules of unforeseen consequences.  So, a bit (half a teaspoon) but not too much.  If you feel daring you can also put in half a teaspoon of something to give it a bit of colour.  Saffron smells nice and is good if you want to impress your girl over dinner to thank her for that spray can of deodorant she gave you for Christmas and as you'd forgotten it was Christmas altogether and you had to give her that miniature screwdriver set out of the  cracker she had brought over and which she forgot to take with her when she went home. Spray on deodorant has many handy uses for the survivalist including stopping boots rubbing, hinges squeaking and warding off insect bites. But saffron is also hideously expensive as each tiny filament has to be harvested by hand from the crocus flowers of Saffron Walden Essex,  so I recommend turmeric which gives a pleasing luminous yellow colour and is also good at keeping cancer and Alzheimer’s at bay.  Another result for the wilderness survivor.

Now stick your plastic bowl with rice and water into the microwave oven. And turn on at full power for 6 minutes. 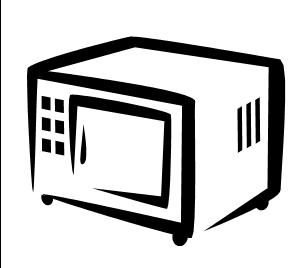 OK, what’s this about microwaves?  Isn’t that a bit well, you know, namby pamby? Shouldn’t we be thinking about an open log fire burning sweet smelling applewood with a blackened pot on a trivet.  Don’t forget to include an Oxford English Dictionary in your survival pack so that you can check on words like trivet.


Well, stay gentle listener.  The gale shaking our outback cabin will provide plenty of free, clean energy from the wind turbine you installed in the long summer months. A small wind turbine will produce up to 2 kilowatts of continuous power and that’s only at about 30% efficiency because of the air turbulence caused by the forest surrounding your cabin.  But as your microwave only requires about 800 watts for 6 minutes you have plenty in hand to run your lights, your tele and an electric blanket should that be required.  Who said the wilderness had to be uncomfortable?  More to the point, the microwave oven is one outcome of a brilliant bit of inventive genius from where but our own dear Swanage

The boffins busy perfecting radar in the second world war came up with a clever device called the cavity magnetron which enabled our radar see approaching planes further off and more accurately. 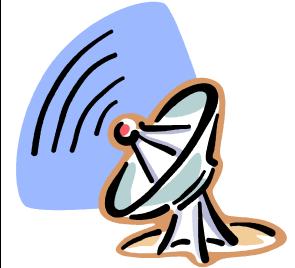 Ironically, this also set up Swanage as a target for haphazard raids by Stuka bombers because they  knew “zey are up to somsing zer.” These same white coated wonders from Worth Matravers also noticed that this piece of kit would keep their soup warm at lunch time by exciting the molecules of water in the broth.  Incidentally it could also excite the water molecules in any unwary boffin approaching too close causing a horrible and agonising death.  Sadly, the cavity magnetron had to be given to the Americans in exchange for food and bullets, both of which we were in rather urgent need at the time.  Surprisingly, the Americans didn’t use the death dealing properties of the device to perform executions on their own poor (international satire) but did see its potential as a cooking device.  So use your microwave oven with equal parts of local pride and national disappointment
After six minutes, give the rice a bit of a swish round with a fork and put back for a further six minutes.  Whilst this process is in hand, you might care to consider that a Ju 87 Stuka dive bomber approaching at about 250 mph would cover 25 miles in 6 minutes so it’s as well to be nippy.

Stay on your guard.  Be alert.  You never know what is just over the horizon. When the machine pings leave it for a few more minutes, open the door and fork it round.  The rice should now have absorbed all the water and should be perfect for eating. Stoke up the fire, wash a couple of tin plates from the store and prepare to dazzle your visitor with a sumptuous curry. How to make the curry bit, I’ll come back to another time. For the moment you’ll have to make do with one in a jar from the co-op.  Do remember to heat it up though....
And, if you want, after your girlfriend has suddenly gone home  just as you got to that really interesting fact about the Stuka's automatic pull up dive brakes, wrapping her paisley shawl round her frail shoulders leaving her curry untouched and you have no darning to do to while away the now empty evening, why not fiddle about with that screwdriver set and see if you can’t modify the oven to detect incoming bombers at long range over the English Channel.

Posted by Peter John Cooper at 2:35 pm No comments:

What to do with Stilton Left over from Christmas

STILTON SOUP
Melt the butter in a heavy bottom pan and fry the onions and celery.  Add in the flour and continue cooking for a little while. Stir in the wine and the stock little by little so that it doesn’t go lumpy.  Bring to the boil and then simmer for about half an hour until it’s thickened up nicely. You can whizz it through a liquidizer at this point if you like.  Reduce the heat. Stir in the milk and then crumble in the stilton until it is melted.  Take off the heat and add in the cream (Do not boil at this stage or it will go all curdly).  Splosh in bowls with your favourite garnish to look posh. Smiles and backslapping from all your friends.
Posted by Peter John Cooper at 11:36 am No comments: