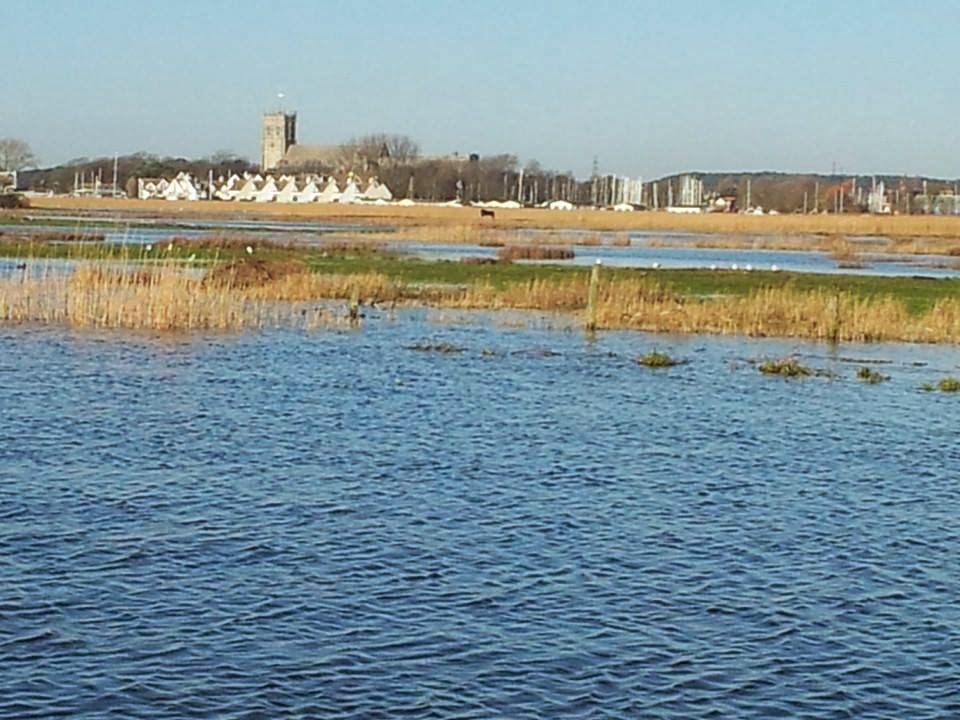 My father always said
“Before you go to sea
Take a long walk”
And so we did on Sunday,
Two miles at quickstep pace
In the unexpected January sunshine.
And when, Breathless and legsore,
We scrambled on the landing stage
Ten minutes late
Everyone was smiling and forgiving
Which, as you know,
Is more difficult to cope with
Than outright hostility.
And so with rictus smiles
When I said I hoped to see a hippopotamus
We set off on our wild life cruise
Round Christchurch Harbour.
The little dory groaned and slapped
Over the wake of bigger boats
And little flocks of Lasers scurried
Before us.
The marsh was drowned in the flood
And dishevelled groups of oyser catchers
And lapwings clung to the tiny spits of land still above the surface.
Dying trees implored for respite from the water
And well kept lawns of waterside mansions
Were strewn with detritus from forests upstream. 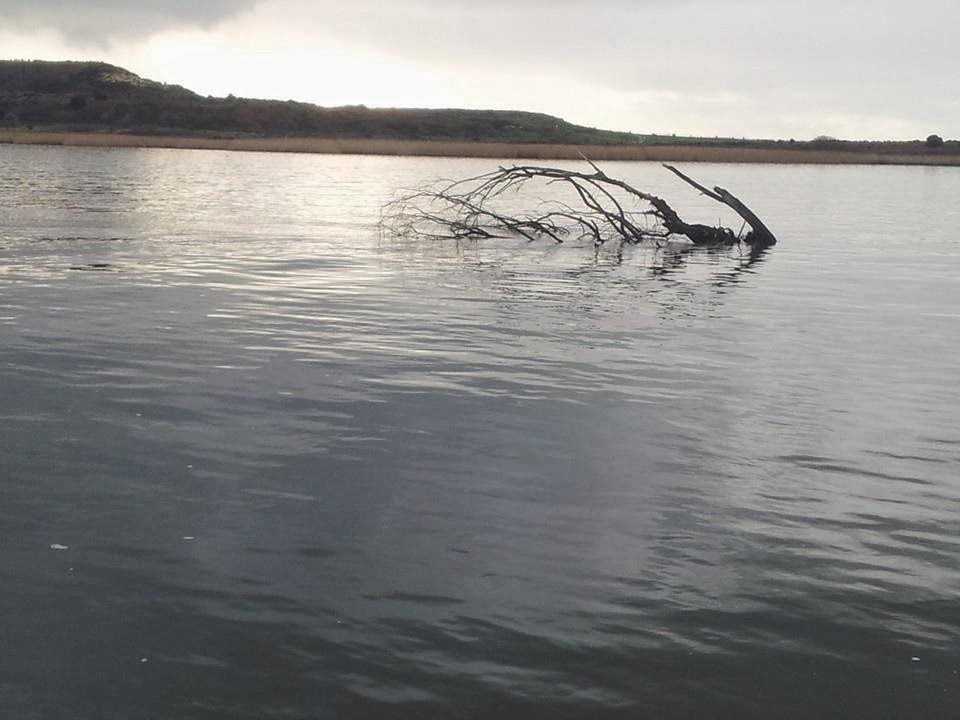 A black cloud swept up from the South West
And we could see the deluge being dumped
Out to sea and moving closer
Blotting the sun with a sudden Squall.
Then we noticed the flood moving down stream
With menacing purpose against the tide
We saw the whirling and swirling
Down pulling pockets of dark
Unseeable Underwater hazards.
The rain and wind hit the small boat
And we raced for the landing stage
Where we disembarked and ran for shelter on the shore.
On the longer walk home
We mused on what wonders we had seen
On our Sunday wildlife cruise.
We saw five varieties of gulls
Black headed, herring, greater black back, little and common.
The black headed heads were chocolate brown
The herring gulls were eating worms on someone’s lawn
The greater black back and little
Were more or less as advertised
And the common was a rarity.
We saw wigeon, teal, and mallard,
Herons, egrets and cormorants drying their wings
Like down at heel undertakers flashing
Unsuspected Sunday sailors with their rags.
We saw a two headed horse
And we shivered at the memory
Of the cold rain from above
And the swollen sucking deep below.
But there were no hippopotamuses.
Posted by Peter John Cooper at 1:26 pm 2 comments: