I’ve just been commissioned to write a new play for AsOne Theatre Co.  Its about the Lyme Regis scientist Mary Anning. I thought some of you might be interested in the process that I go through that ends of with delivering the finished script to the company.  If I make occasional notes on my blog it might also help me concentrate on what I’m doing and thus with meeting the deadlines.
So where do you start when writing a play?   Obviously a bit of research into the character but not too much at this point.   I know a bit about Mary Anning and what she did but i don’t want to get bogged down with detail.  The first process iinvolves lying in bed trying to imagine one or two stage pictures.  These begin to give me the flavour of the piece.  How do I want it to look?  Even at this stage I know how many actors will be involved, what sort of venues it will play in and what limitations or opportunities there will be in the staging.   I also know that we’re going to aim at it family and, possibly, schools audiences.  On the other hand I know there are plenty of biographies and life stories of the great Woman so I want to find another way into telling her story.  Not a simple biography, then.  A single point of view;  Mary’s own view of her life.  I already have a picture that I’d like to work from – Mary standing on the cliff just after the landslide has buried her little dog Tray.  A simple, evocative image.  And then there’s her own shop in Lyme with the glass cabinets full of cleaned and prepared fossils.  Perhaps she could show us round her cabinet of curiosities.  Opportunity for some nodels or even puppets.....   Now perhaps, I’ll read one or two of the biographies and see what has already been written .  Then I can avoid what’s been said and find the sort of gaps that are the places a playwright can fill in with imagination.
Posted by Peter John Cooper at 1:31 pm 1 comment:

She Opened the Door

Its very heartening to have such a fine review but theatre is a collaborative art and the writer and director only share some of the credit along with the actors, designer, sound and lighting, projections and crew.
Posted by Peter John Cooper at 8:06 pm No comments:

From Cafe Conversations by Peter John Cooper
The woman calls on her mobile
Hello!Hello?
Hello....  Oh hello Andy.  I just wanted to wish you a happy birthday darling.  You’re not in at home so I’ll try you at the office.   Happy Birthday  mwaa mwaa.
She tries again
Hello.  Hello.  Oh yes, I wanted to speak to Andy Stapleton.  He’s not at home and I can’t get him on his mobile so could you put me through to his office.   No, I don’t know his direct number.  That’s why I’m coming through the switchboard.  Well, I haven’t got it.  It’s Jane his wife, I’m away for a few days.  I haven’t got my address book.  You must be new.  Yes, Jane....  No?  Never mind, I’ll try again in a few minutes.
A few minutes pass.  She tries again
Hello, yes, it’s Jane Stapleton.  That’s right... Andy.  Could you try him again for me.  No?  Well, would you give me his direct number then I won’t have to bother you again.   No.... I’ve got his mobile.  I’ve already left a message....  I know it’s not company policy to give out personal numbers.  Of course I know his home number.   I live there.  I’m his wife.   No, don’t get him to call me at home because I’m not there.  If you remember, I said I’m on holiday.  I just wanted to talk to him.  It’s his birthday.  Never mind. Just put me through to his office.  It’s marketing somewhere.  No?  Not answering?  I expect they’re in the morning meeting.  They do drag on a bit.  I’ll try again.
She drinks another cup of coffee
Hello?  Jane Stapleton.   Yes, Andy Stapleton’s office please.  No?  They’re usually finished by now.  Do you know whether he’s still in the building?  Yes, yes, I know.  Well, do you know where he’s gone?  I mean he’s not picking up his mobile...  Well it is quite.  Not earth shattering.  No emergency.  I just wanted to wish him Happy Birthday.  Why?  Because it’s his...  So that he’ll know I’m thinking of him.  He’ll think I’ve forgotten...  No, I can’t.  I’m on holiday.  I’m away for a few days and I wanted to wish him happy Birthday.  Look, I’ll try again in a few minutes.  If you could find out where he is in the building..  Yes, I think you said he was still there.
Another cup of coffee
Hello?  Andy.  Oh Andy... I’ve been leaving messages all over. Happy...  I’m sorry...yes, I know you don’t but I just wanted to say Happy Birthday darling... I mean it is your birthday... even the office...  Yes, I know the pressure you’re under.  I understand...  I know.  I just wanted you to know...  Look, please don’t take it out on me...  Please... Not now...   You what?  Pardon?  I didn’t catch that..  You...  I don’t understand...  Andy... are you sure. I mean, but when?  You can’t today....  Why not?  It’s your birthday.  When I get back... What do you mean you don’t .....?  You can’t.... Nonsense. It’s my home as well.  Not like this.   Andy, not like this.  It’s that new girl, isn’t it?  You know the one I mean.  The one on the switch board.  All hoity toity and “it’s not company policy.”  Andy, I know you wouldn’t, couldn’t, have thought of this on your own.  She’s just after your money.  She’s too young.  Andy....  How dare you.   How dare you.  I’ve never...   Of course, I’m losing my temper.  I’m upset.  I’m hurt.  And I don’t care who hears.  It doesn’t happen like this.  Not after this time.  I know it happens to other people but we aren’t other people.  We’re...  you and me.  Andy and Jane.  That’s who we are.  How am I meant to tell people?  People that I meet.  My friends.  How do I explain it?...  On the phone... It’s not...  It’s crazy... It doesn’t happen like this. Let’s sort this out properly.  Wait till I’ve got home.  I’ll come now.  Straight away.  We’ll talk about it.  Properly. It doesn’t matter about the rest of... We’ll talk about it.  We’ll sort it out.  Andy, don’t you dare ring off...
But she has been talking to herself for some time
Andy...  Andy....
She turns to everyone else who is now listening
I just wanted to say Happy Birthday.
She weeps
Posted by Peter John Cooper at 4:13 pm 1 comment:

St Michael and All Aliens 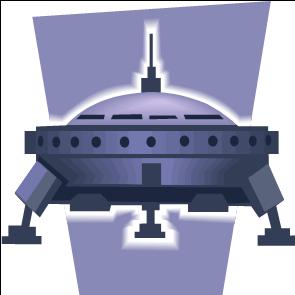 Jimmy and the Cat in the Box

Jimmy was sitting in the garden pondering how quickly and easily things could be forgotten.  He could remember what things were like before the year 2000 but somehow he couldn’t remember why or how.  For instance, he knew that before then cars ran on four wheels instead of just hovering smoothly in the air.  But he couldn’t remember how the wheel  thing worked or why anyone would go to the trouble of making something that screeched around corners and bumped over potholes and could only go forwards and backwards instead of side to side and up and down as well.  Making a car that hovered seemed so simple and obvious that the alternatives seemed downright perverse.  And so it was with everything else.  Why hadn’t people lived in cities surrounded by great plexi-glass domes instead of putting up with all that fog and rain?   Why go to all the trouble of cooking and eating huge meals when you could just swallow a few pills and be out to play again in a minute?  Why spend time and money on being unhappy when everyone could just live together in peace and harmony?  No, the more he thought about it the more it seemed to him that the past was just plain stupid.
Thinking of food reminded him that it the day was wearing on and he ought to go in for his dinner pills.  He wondered what they would taste of today.   Shepherd’s pie and apple crumble?  Sausages and rhubarb and custard?  He licked his lips in anticipation. 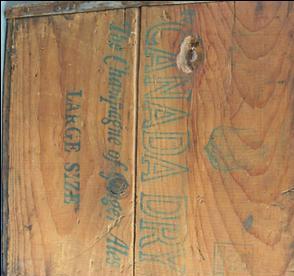 How do you see the words you use when writing?

Someone asked me to elaborate on my ideas about words and their associations.  Is it a form of synesthesia?  They asked.
If I lie in bed and just think about a word – any word at random, I am confronted with a sort of image of that word.  It may contain letters or shapes and colours and often it will have smell and taste as well.  These may or may not be associated with the meaning.  Nouns often do have some sort of representation of the thing itself but many times they do not.  Take the words for colours, for instance:  “Brown” is, indeed, brown coloured but a very particular coffee colour and the shapes are round and tubular like a bundle of sticks, I suppose.  So far so logical.  But then “Green” is more a black dappled colour with only a little green and “Blue” is a definite yellowish wash.  None of these contain any of the letters of the words.
Let me give you another example:   The word “party” is a three dimensional red and yellow spiral like a Belgian bun outlined in black with one side bent towards me to form a sort of lip.  Are you following?  Good.  The interesting thing that follows is that words that rhyme have the same shape but a different colour so that “Tarty” is a bent sprial in a sort of navy blue and purple with an obvious acid taste.  “Arty” is pale green and “farty” is grey.  The name “Marty” is bright red (obviously an association with “tomato”).  In each case the shape is the same and that even extends into completely made up words but which rhym e – “sparty” is silver grey, “clarty” is a dark maroon and so on.
The upshot of all this is that when I’m writing I choose words that fit each other in shape and texture as well as meaning.  And often, when stuck for exactly the right word, I only have to try and picture its shape to get what I want.
Try it yourself.  When you’re lying away in the small hours and sleep won’t come, picture the opening words or your latest story, play or poem – “tree branch marshmallow sunshine yellow dry grass.....”  “once upon a time....”
Posted by Peter John Cooper at 10:20 pm No comments: