A Campaign for Real Theatre

I get asked what I’m trying to achieve with my work as a writer and as a director .  My belief is that theatre has a great deal more to reveal to audiences than that which is on offer today.  I also believe that technique is being lost because the majority of those teaching writing and directing do not understand the medium themselves. Many start teaching with their only experience of live theatre being what they themselves have been taught at college.  I am therefore trying to reach back into my early formative experiences watching great writers and directors at work and apply that in a contemporary context.
There is some terrific theatre being produced today but there is also a great deal more derivative dross.  I am particularly exercised by the plethora of what are erroneously called “physical theatre” companies.   Most of the work that these are producing is largely movement and effect based entertainments with no underlying psychological heart and requiring simplistic emotional responses from an audience.  Let’s get this straight, “physical theatre” in its proper sense does not need trapeze artists, jugglers, music and dance.  Physical theatre as proposed by Jerzy Grotowski is a form that relies on a deep, visceral commitment by the actor to the text.  It is really a way of understanding how to project narrative through an actor’s body and connect it to an audience. It requires vocal technique of a high order and physical strength as well. As drama schools spend more time teaching their students how to sing and dance the less time there is to understand this deep seated performance technique  and, consequently, the fewer young actors who understand how to find and project a character.
“Theatre - through the actor's technique, his art in which the living organism strives for higher motives - provides an opportunity for what could be called integration, the discarding of masks, the revealing of the real substance: a totality of physical and mental reactions.” 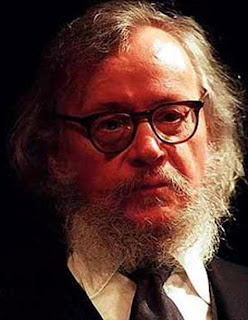 I do not criticise current theatre practice, I only lament that there is so much more that theatre has to offer.  If theatre could reach down and touch it’s roots then it’s strength would be recognised as the real alternative art form to film and television that it should be.  There is something that theatre and theatre alone can accomplish and this is the genuine reaching out, heart to heart, of an actor to his or her audience.
As a director I want to find these actors who can commit themselves totally to a text and to its performance.  As a writer I want to construct narratives that require this sort of performance energy.
My particular interest is dialogue.  For me the definition of theatre is the projection of a narrative through the interaction of characters on a stage.  This means dialogue.  Let film and television tell a story through images.  Let radio tell the same story through monologue and opera and musical through song and music but let live theatre unwind a thread of narrative through a continuing interaction through speech and silences between several characters.
I have written elsewhere how hard it is to write dialogue and how to project it as an actor but, for me, this is the fundamental skill of the writer and the actor and for the director, he or she must draw the audience, unspeaking, into this convolution of words.  The director must arrive at an understanding of the text in harmony with the actors.  They must agree on interpretations which the director wil then attempt to place on a stage so that the audience can become involved in the discourse.
The problem nowadays is that bookers underestimate the ability of an audience to understand theatre of this type and complexity and look for simple stories told in simple ways.  Not that that isn’t enough in some cases but theatre has so much more to offer.   Ironically, it is the publically funded venues that fear the power of this sort of theatre.  They have to reach targets and so daren’t put on anything that could challenge or, possibly, create an adverse reaction. So I urge all bookers to make room for Real Theatre and give your audiences a taste of how theatre could be.