The mobile army of illusion -  Meaning and Metaphor 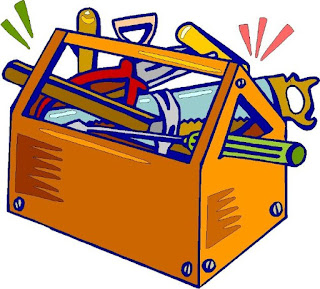 Along with all the other 7 and a bit billion other inhabitants of the planet, you’ve gazed up at clouds on a summer’s day in seen faces and animals, lions and dragons and strange landscapes, castles and mountains.  You’ve experienced the same thing when you’ve looked into the glowing coals of a fire.  That’s because we are programmed to make out faces and animals against a confusing background of clutter.  We need to be able to distinguish friend from foe, or the attacker hiding in the shadows.  Sometimes this mechanism gets slightly confused and we see faces where there are none but it is a capacity to associate shapes or outlines with other images that we call metaphor.  Metaphor is our way of letting one thing stand for another and thereby create a trail of allusion and association.  As I said in the last chapter, language tends to be iconic – that is the sounds we make are arbitrarily associated with particular meanings. But metaphor seems to provide a short circuit between idea and idea. We live in a world of symbols and rituals.  Everything we do and say has hidden meaning.  Everything implies something else. We seldom unpick the metaphors and we can generally get the association without having to understand an otherwise illogical connection. In fact, a study of patients with localised brain damage has shown that there are areas of the brain specifically devoted to the understanding and interpretation of metaphor. “Vilayanur Ramachandran and his colleagues at the University of California at San Diego were intrigued by four patients who were mentally lucid, fluent in English and highly intelligent, but could not understand proverbs. When one of the patients was asked to explain the adage "all that glitters is not gold", for instance, he completely missed the metaphorical angle, replying that people should be careful when buying jewellery. All the patients had damage to part of the brain called the left angular gyrus. This lies at the intersection of the brain's temporal, parietal and occipital lobes, which process tactile, auditory and visual information respectively. The findings were presented at a meeting of the Cognitive Neuroscience Society this week in New York.” (From issue 2495 of New Scientist magazine, 16 April 2005, page 18)


What, then, is truth? A mobile army of metaphors, metonyms, and anthropomorphisms – in short, a sum of human relations, which have been enhanced, transposed, and embellished poetically, rhetorically, and which after long use seem firm, canonical, and obligatory to a people: truths are illusions about which one has forgotten that this is what they are; metaphors which are worn out and without sensuous power; coins which have lost their pictures and now matter only as metal, no longer as coins.2


Says Frederick Nietszche In this early essay, ‘On Truth and Lie in an Extra-Moral Sense’,


Douglas Ayling glosses this by saying each contextual occurrence generates appropriate semantic resonances from within the words.


In other words, our use of a particular word or phrase reaches down into our brain and pulls out a rats’ nest of related ideas and congruences. So the meaning of that word becomes, not a single point of truth, but a fuzzy ball of associations.  The picture that this confused, tangled image, provides is sometimes clearer than the word or phrase itself.  It offers some sort of ranging point around which our meaning revolves.  Clarity comes because that ball of associations may contain associations that are similar in the listener.  They may not be entirely the same but there are enough points of similarity to provide a correspondence and thus a complex or difficult idea can be passed between us.


Metaphor is central to our use of language and to our understanding of the world.  Metaphor is sometimes more often associated in the mind of the writer with poetry rather than playwriting. But a moment’s thought will crush this. A playwright needs to play with the possibilities of the language to convey complex ideas and most of that will be through metaphor.  We can indeed argue that theatre itself is a metaphor for life and the resonances of the words in the empty space should echo out into the real world and stay in the mind of the listener for ever.


Think logically but let that logic be flexible.  Our fuzzy, imprecise language enables us to access our fuzzy, probabilistic thinking.  Not only are there more avenues of the brain explored by wider, looser speaking but also better, more accurate conclusions are drawn from it.


Perhaps for a playwright the message must be, if you want to make specific points, the dialogue you use needs to be fuzzy and non-specific.


Metaphor can be novel and shocking or jaded and banal and even so common in usage as to no longer even have the status of metaphor.  By the idea of “resonance” (itself a metaphor) is one of the great tools of the creative writer.  For the playwright, the correct selection of le mot juste is the means whereby inner dialogue can be aligned with the actual spoken text.  Choice of metaphor indicates a pathway of thought, unconscious or conscious that reveals more than the character’s dialogue reveals.  For the audience they will pass unnoticed but a trail of such metaphor choices will lead us to divine instinctively more about the character than at first sight. So bear in mind when choosing a metaphor, it will reveal a great deal about your own fund of ideas and associations but we really need it to do that job for your characters.  Ask yourself, what does that particular metaphor tell us about their back story and hinterland of ideas. 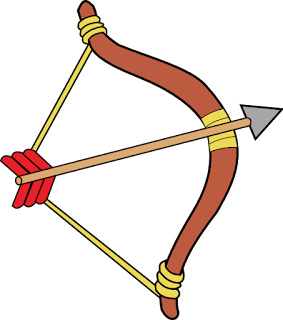 Be bold in your use of metaphor.  Your arrows may just pierce to the heart of the matter

Posted by Peter John Cooper at 1:54 pm No comments: