Plays for the Future (Part 2)

So, phase two of my stumble through the detritus of my writing career.  Having begun to make sense of the files already in digital format (although difficult and time consuming to drag into the modern world) I have now moved to  the pre computer age. In the later days  I had a good electronic typewriter and scripts are relatively easy for the OCR software to scan and produce a digital form that bears some resemblance to the original. (Sorry, OCR means Optical Character Recognition and it's a fiendishly clever piece of software that renders what it scans in words and letters that are in a  format that computers can use).  Anyway, as I said, relatively straightforward with a good, clear original but going back further, scripts were cyclostyled.  That is, typed by typists using big old machines onto stencils and then run though a machine the squeezed ink through the stencil onto paper. This was the only way of reproducing several copies so that cast members had a script each.  However, these stencils reproduced very erratically and the quality of the reproduction was in line with the ability of the typist and the newness of the typewriter.  As these got older the letters became worn away and many couldn't punch through the film leaving these scripts with  gaps, letters missing and general haziness because of the medium.

So this is the material that I'm working from now.  Faded, yellowing on thick, old fashioned paper, sometimes barely readable to the human eye let alone by OCR software. Oh, and one other handicap, most of these old scripts have been stored in a succession of wet old sheds and garages.  The paper has rotted and mice and slugs have made away with large chunks.  Trying to make sense of these crumbling documents is more archeology than reproduction.  Sometimes I have a few handwritten notes that can guide me but often I have to interpolate paragraphs and pages using my rather inadequate memory.  What I shall do to reclaim the plays that have  vanished altogether, I'm not sure.
Posted by Peter John Cooper at 8:36 pm No comments:

Plays for the Future 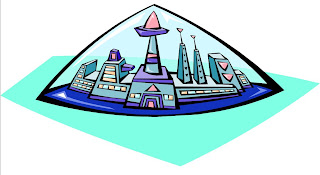 As the rubbish bin of history yawns before me, I become fearful that there will be no memory of all that effort I poured into all those plays.  So I'm in a frenzy to get all my work digitised and available on line for future generations to wonder at. It is my heritage (and all my children will inherit as, being a playwright there is only a large overdraft at the bank for them)  This is not an easy process and promises to take as long as it did to write the stuff in the first place.

I have been using a computer for the past seventeen years so there is a fair chunk already in digital format.  But that in itself presentrs its own problems.  When I first bought a computer there was, even then, a war between apple and microsoft so I installed a program called Claris works which enabled files to be opened in both systems. Joy, I was ahead of the field.  As I updated my computers, I transferred the files with their .cwk designations and installed the program on every machine.  And then Claris works was discontinued.  But I wasn't worried because I was able to keep on installing the programs I had and I continued using this now outdated format.  Until the fateful day when I discovered that my latest machine, not only would not open the .cwk files but also would not install the Claris Works program.  Now I am in trouble.  A considerable amount of work on a memory stick irretrievably lost.  But then a brainwave.  I would buy a primitive enough machine to install the old program, translate everything on the stick into .rtf and carry it forward to be opened by my latest version of Office or Open Office.

Have you tried buying a 486 computer recently?  Basically, they don't exist.  All those millions of machines that went to scrap and not one to be had anywhere outside a museum.  In the end a computer engineer I know persuaded a very elderly person to part with their cherished wood veneer antique and I paid good money for something I'd thrown away myself years before.

With the new (antique) machine humming and whirring I discovered that it wouldn't perform a bulk transformation so I had to open every single file I'd made in seventeen years and click "save as".  OK, that's still an ongoing project.  But that's not the half of it.  Now I've go to format all those into a form that is compatible with modern digital publication.  I'll tell you about that later.  And the more pressing problem of how to get my dozens of typescripts scanned and copied.  You'll love that.
Posted by Peter John Cooper at 4:42 pm No comments:

The Playwright's Craft - Learning from film

I'm always trying to impress on writers I am coaching that play writing is a completely different discipline from film and television script writing.  It has different aims and objectives and attempts to provide a narrative in a completely different way.  However, I respect the reallyg reat exponents of the other crafts and we can still learn from them.  Here is Billy Wilder's take: 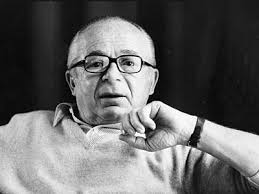 1. The audience is fickle.
2. Grab ‘em by the throat and never let ‘em go.
3. Develop a clean line of action for your leading character.
4. Know where you’re going.
5. The more subtle and elegant you are in hiding your plot points, the better you are as a writer.
6. If you have a problem with the third act, the real problem is in the first act.
7. A tip from Lubitsch: Let the audience add up two plus two. They’ll love you forever.
8. In doing voice-overs, be careful not to describe what the audience already sees. Add to what they’re seeing.
9. The event that occurs at the second act curtain triggers the end of the movie.
10. The third act must build, build, build in tempo and action until the last event, and then -
11. - that’s it. Don’t hang around.
Posted by Peter John Cooper at 8:58 pm No comments: